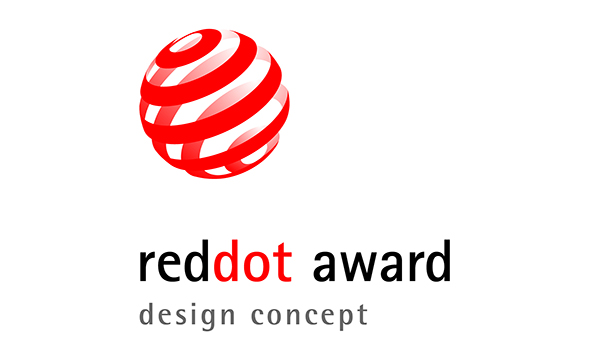 Relics is the carrier of the history and culture, the way to inherit it has always been an issue of common concern. October 2016, Quito Declaration based on Richard Sennet’s city thesis was adopted at the United Nations Conference. It makes us think about what would it be like if we apply the city thesis to the relics? Will it turn into a happy urban space for people? This design increases new imagination and possibilities of relics renascence. This design chose Agenna Shipyard Relics as the site for renascence. By researching the borders and behaviors, new organization is created, constantly intertwining into the old frame of Agenna. At the same time, echoing the unique history with narratives deepens the connection to the ground, and arouses people’s associations. 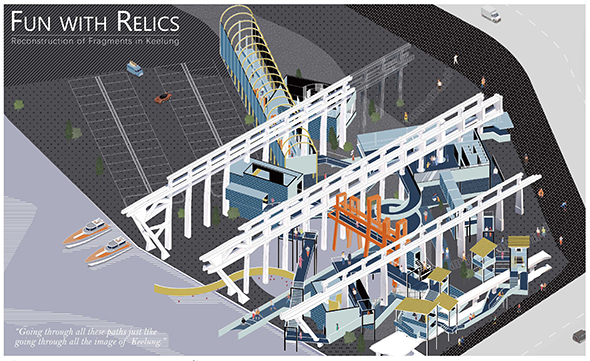 The Urban Oasis also means “Green Boat in the City” in Chinese. The form of Urban Oasis was designed to simulate Noah’s Ark. Being a contemporary Noah’s Ark, trees and flowers were planted on the bridge to extend greenery from the park aside. This pedestrian bridge is located near Daan Park, Taipei City. It diagonally crosses an 8-meter-wide two ways intersection. A side of the road is commercial district with a department store which attracts many people. On another side, there is a school and park. With this bridge, both crowd and stress can be relieved from this busy city.

The Bridge connects the park and the department store front square to relieve the crowd and keep distance from the school. The shape of Urban Oasis forms like a new moon, which makes the middle of the bridge very close to another building with a garden on the second floor. It became a very strong connection between the garden and park. Aside from this, it can also insulate the school from the noise, which keep the school comfort and quiet. The Bridge was construct with steel truss support, brick armrest and wooden path. With the simple steel truss system, it can be both stable and full of aesthetic. The walking path and brick armrest makes the bridge become a beautiful Chinese traditional garden which is called “Yuanlin”. 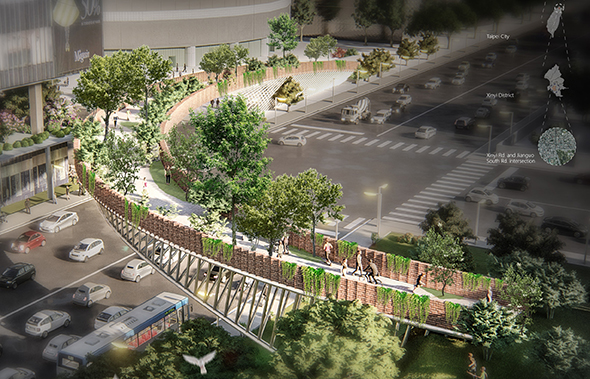 Affected by globalization, the epidemic has spread. Faced with the threat of various emergency infectious diseases, some areas began to appear shortage of wards and hospitals. At the same time, hospitals produce waste gas, waste water not only cause great harm to the Earth’s environment, but also affect people’s health. We aim to solve these problems.

We design a medical room which can be assembled quickly, so those people who suffer from infectious diseases, natural disasters and war can receive independent humanitarian aid and perfect medical service quickly. Hexagon as a modular unit, can provide the most appropriate medical space according to different circumstances. The contaminant filtration system is modular and is located in the medical area where waste gas and waste water are generated. We aim to provide a mobile medical space that is friendly to both people and the environment. 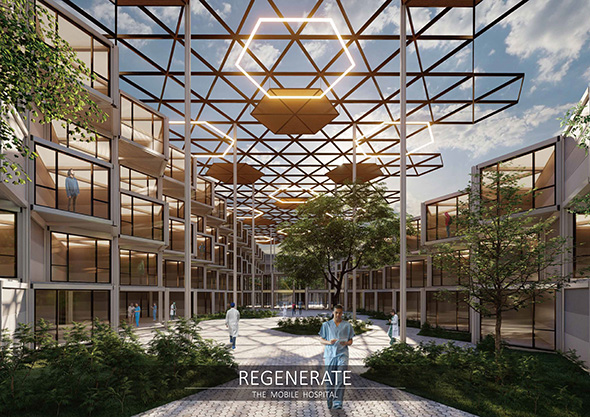 Work Case.rar can be transformed according to different work requirements. Users can replace it in different types. When the user opens the bag, they can see that the tools are neatly arranged and can be taken out smoothly. We combine the toolbox with the backpack, which allows users to store tools and carry them more easily. 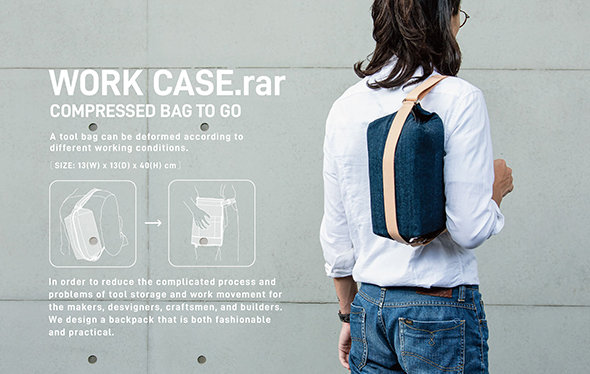